For the past 12 weeks the year 6/7s at my school have been creating things such as a scrapbook, a table or anything else that you might want to do. The hard part of this project is that you have to do a journal that you get marked on. The journal has to include a page answering questions, the process, appendices & biliography and other things. You are marked out of 24 for your journal and 16 for your project.

I made a clay garden gnome which my friend calls Beatrice (BB for short). BB is made out of 7kg of air drying clay so she is REALLY heavy! I painted her bright colours and put a flower pot in her arms. She looks cute. I got 40/40 for my whole project which I am really proud of! Have you ever done anything like this at your school?

Just incase some of you don’t know what netball is, let me brake it down for you. There are 2 teams, each with 7 players on them. The positions are GK, GD, WD, C, WA, GA and GS. There are 2 umpires and 4, 15 minute quarters. The rules are there is no stepping with the ball (stepping), you can only hold the ball for 3 seconds (held ball), some players can’t go in certain areas of the court (offside), you are not allowed to hit or attack a player (contact), you must be 3 feet from the player with the ball if you want to defend it (obstruction), you cannot hand the ball to a player on your team (short pass) and when you throw the ball in you cannot be on the line or too far away from the line or else it is the other teams ball (a turn-over). If you brake one of these rules it is a turn-over or you have to stand out of play for the next pass or shot. A professional game is extremely fast and entertaining to watch.

Anyway, about me playing 10 games in a week. I was selected to take part in a state netball competition. Out of 8 divisions I played in divison 1! Last week I didn’t go to school because of the carnival that took place at ETSA park in Adelaide. We only won 1 out of 9 of our games :(. By the way I play GD, GK and WD. It was still an awesome experience! The 10th game I played on Saturday morning at 10 o’clock. It was at ETSA park one again :P. Because a girl broke her arm I replaced her in divison 1. I was extremely nervous before the game started because I usually play in divison 2. We lost the game but it was worth it to be able to play at such a professional standard!

The netball trial was for my school’s year 6/7 knockout netball team. About 25 girls tried out to be picked for the final team of 10. Luckily enough I was selected to be part of the team! This Monday at lunch and this Wednesday after school I have to practise for another game against an Adelaide Hills school on Friday.

Woah! That is a LOT of netball! And there is so much more to come! It’s a wonder I can even stand. Oh well, I’m not bad at it ;). Thanks for reading,

ANZAC Day is a day to remember the brave soldiers who fought for our country. Almost every Australian family had someone go to war, sadly not everyone came back. There are dawn services where The Ode of Rememberance is recited.

“They shall not grow old, as we that are left grow old;

Age shall not weary them, nor the years condemn.

At the going down of the sun and in the morning

We will remember them.”

Before or after The Ode there is always a minute of silence. ANZAC Day is on the 25th of April because that is when the ANZACS landed on the shores of Gallipoli. ANZAC stands for:

So it’s been four weeks since the start of school and I am now in year 7! I’m still in MM’s class and I am happy about that. This year I hope to participate in E.T.M., SAPSASA, the plays, and even more!

I participated in E.T.M, District Day, Lacrosse, ST Georgia and the Dragon and other activities.

As I explained in my last post, we have been talking about getting a class pet. My class talked it over and we have decided to get two budgies. I am pretty excited about getting some budgies. I just hope they are not very loud.
Do you own a pet?  Leave a comment about your type of favourite pet!

This week my class has been talking about getting a class pet. We don’t know what type of pet we are going to get so if you have any ideas for breeds, names or just ideas about pets in general please leave a comment.

In the school holidays I went to the new Harry Potter movie with Elenabeee and Rosie. We went to a 6:30 session and the cinema was PACKED, but we found really good seats in the middle. I am a HUGE Harry Potter fan myself and have read all the books at least five times. I’m not going to tell you anything about what happened so you will just have to wait and see. It was a great movie though and I urge you to go and see it as soon as possible.

Next week my class and I will be performing our play, St Georgia and the Dragon. I play Thyme the cook. We are performing at Blackwood Memorial Hall on Thursday in front of my school then that night we are doing it in front of our family and friends. I am very nervous. There are two other plays on the night, we are performing ours last. Every play is different but they are all based on Medieval times. I will do a new post as soon as I can about how the play went.

Have you ever performed in a play? If you have, please leave a comment telling me all about it.

Welcome to my brand new blog!

I can’t wait to write lots of new posts for you guys to comment on. You can find me on http://ricmac.edublogs.org./ student blog roll.

I broke my arm five weeks ago and I am getting my cast off on Monday. Have any of you broken a bone in your body?

Welcome to your brand new blog!

This is a sidebar and can be changed in Widgets in your dashboard.

You can also modify number of sidebars in theme options! 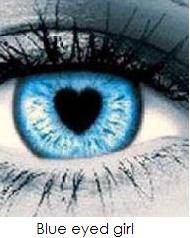